Configure your ideal setup and calculate how much capacity and redundancy you need for storage.

Please select drives on the left

RAID 0 combines two or more drives to increase performance and capacity, but provides no fault tolerance. A single drive failure will result in the loss of all data on the array. RAID 0 is useful for non-critical systems where a high price/performance balance is required.

RAID 5 provides fault tolerance and increased read performance. At least three drives are required. RAID 5 can sustain the loss of a single drive. In the event of a drive failure, data from the failed drive is reconstructed from parity striped across the remaining drives. As a result, both read and write performance are severely affected while a RAID 5 array is in a degraded state. RAID 5 is ideal when space and cost are more important than performance.

RAID 6 is similar to RAID 5, except it provides another layer of striping and can sustain two drive failure. A minimum of four drives is required. The performance of RAID 6 is lower than that of RAID 5 due to this additional fault tolerance. RAID 6 becomes attractive when space and cost are important and sustaining multiple drive failures is required.

RAID 10 combines the benefits of RAID 1 and RAID 0. Read and write performance is increased, but only half of the total space is available for data storage. Four or more drives are required making the cost relatively high, but the performance is great while providing fault tolerance at the same time. In fact, a RAID 10 can sustain multiple drive failures—provided the failures are not within the same subgroup. RAID 10 is ideal for applications with a high input/output demand such as database servers.

RAID 50, also known as RAID 5+0, merges distributed parity (RAID 5) with striping (RAID 0) and requires a minimum of six drives. The benefits of this RAID level are better write performance, better data protection, and faster rebuilds than RAID 5. Performance does not degrade as much as in a RAID 5 array because a single failure only affects one array. Up to four drive failures can be overcome if each failed drive occurs in a different RAID 5 array.

RAID 60 (or RAID 6+0) is a hybrid that offers the distributed double parity of RAID 6 with the straight block-level striping of RAID 0. As a RAID 0 array striped across RAID 6 elements, RAID 60 requires eight drives at minimum. RAID 60 (6+0) is a multilevel disk set, composed of RAID 6 sets aggregated at a higher level into a RAID 0 array. A RAID set offers redundancy and can withstand the loss of up to two disks in each parity set. RAID 60 arrays are more reliable than RAID 50 arrays thanks to the extra parity disk in RAID 60. But when more than two disks in a single parity set are lost, the RAID 0 set breaks, and data recovery is needed. 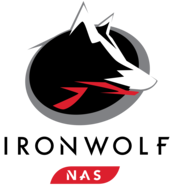 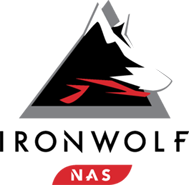 * When referring to drive capacity, one gigabyte, or GB, equals one billion bytes and one terabyte, or TB, equals one thousand billion bytes. Your computer’s operating system may use a different standard of measurement and report a lower capacity. In addition, some of the listed capacity is used for formatting and other functions and will not be available for data storage. Quantitative usage examples for various applications are for illustrative purposes. Actual quantities will vary based on various factors, including file size, file format, features, and application software. Actual data rates may vary depending on operating environment and other factors. Seagate reserves the right to change, without notice, product offerings or specifications.