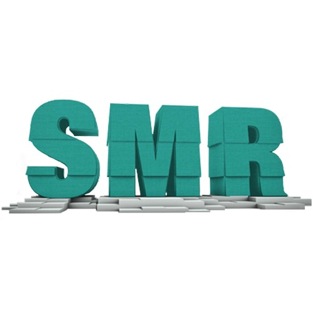 As our world becomes more mobile, the number of devices we use to create and consume data continues to drive a demand for high capacity. In fact, Seagate predicts that households generating 1TB of data monthly by doing things like streaming or creating content, viewing photos, sharing music, etc., will grow 20 times by 2015.1

Seagate introduced one of the world’s first perpendicular recording drives.  By 2007, this helped us achieve up to 250GB on a single disk under our Barracuda® brand of desktop hard drives. Five years later that same technology evolved to 1TB per disk, also introduced by Seagate, achieving the highest known areal density or tracks per inch to deliver the highest capacity point using perpendicular recording.  Yet even at 1TB per disk and 4TB per drive, consumers continue to demand more storage.

So, what’s next? How can we continue to grow areal densities to meet the demand for high capacity in a world bursting with digital creation and consumption?

Traditionally, track spacing shrank with the size of the recording head’s reader and writer elements (Figure 1).

Seagate Shingled Magnetic Recording, or SMR, is breaking barriers to new areal densities and adding greater than 25% capacity growth by maximizing the number of tracks per inch on a single disk.

The reader and writer elements of today’s perpendicular magnetic recording HDDs have reached a physical limitation. Without future recording technologies, they cannot become smaller, nor can the tracks they read and write.

SMR achieves higher areal densities by squeezing tracks closer together. Tracks overlap one another, like shingles on a roof, allowing more data to be written to the same space. As new data is written, the drive tracks are trimmed, or shingled. Because the reader element on the drive head is smaller than the writer, all data can still be read off the trimmed track without compromise to data integrity or reliability. In addition, traditional reader and writer elements can be used for SMR. This does not require significant new production capital to be used in a product, and will enable SMR-enabled HDDs to help keep costs low.

When a user needs to rewrite or update existing information, SMR drives will need to correct not only the requested data, but any data on the following tracks. Since the writer is wider than the trimmed track, all data in surrounding tracks are essentially picked up and as a result will need to be rewritten at a later time (Figure 3). When the data in the following track is rewritten, the SMR drive would need to correct the data in the subsequent track, repeating the process accordingly until the end of the drive.

For this reason, SMR groups tracks into bands, where the shingling process stops (Figure 4). This enables an SMR drive to better manage these rewrites. This also improves the drive’s write performance by grouping tracks into bands that optimize the number of tracks that need to be rewritten.

The architecture of a band within an SMR drive is customized for the application in which the drive will be integrated. Each drive family addresses its specific product needs and uses SMR to deliver the best results by application.

Seagate SMR is an effective technology to address the immediate need for higher capacity. As SMR continues to evolve, it may be used in conjunction with other emerging technologies to increase the areal density of future products.

Ongoing testing and development is in place within Seagate and with our partners to identify best practices for SMR in a variety of applications. Seagate also spearheads committees to standardize the way SMR technology can be used most effectively.

The Demand for Storage Devices in a Connected World of Data