The 4-bay Rackmount NAS has a single chassis with its own cover. Review the details below for hardware module locations and, where applicable, replacement. Refer to the product's warranty (http://www.seagate.com/support/warranty-and-replacements/limited-consumer-warranty/) before performing any hardware repairs or maintenance that is not described in this manual.

You can replace a failed disk or expand storage space with a higher-capacity hard drive. Drives in protected RAID volumes are hot-swappable (e.g. SimplyRAID, RAID 1, RAID 5, and RAID 6). However, it is not possible to hot-swap more than one drive at a time. If you are replacing more than one drive in a volume, wait for synchronization to successfully complete before moving to the next disk.

Important Info: Replace an existing or faulty drive with a drive of equal or greater capacity. When handling drives, make sure that they are placed (and stored) on a cushioned surface.
Note: Seagate hard drives are optimized for use with your 4-bay Rackmount NAS. See Seagate NAS HDD for further information. 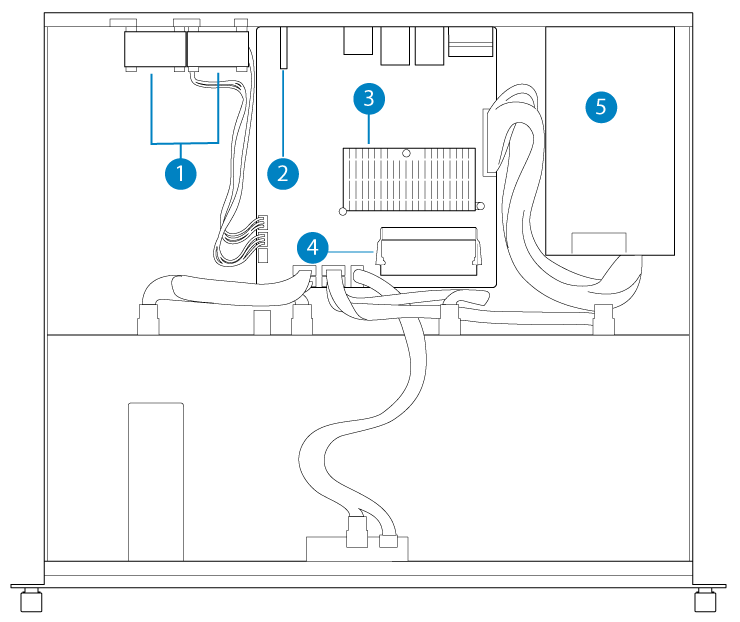 The chassis is shipped with the following:

IMPORTANT: Use caution when replacing the battery:

IMPORTANT: Use caution when replacing the DIMM: