The Seagate NAS 2Bay | 4Bay features two sets of LEDs that provide information on the system status. Review the illustrations below for the LED locations on the chassis. 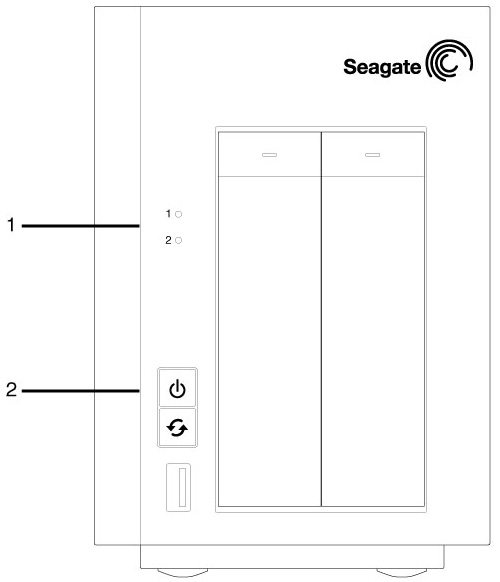 The list of colors below will help you identify the general status of your NAS:

The status and hard drive LEDs work together to provide up-to-date details on your NAS's health.

Review the LED behavior below if your Seagate NAS is connected to a UPS.