The 8-bay Rackmount NAS has a front and rear chassis, each with its own cover. Review the details below for hardware module locations and, where applicable, replacement.

Refer to the product's Warranty before performing any hardware repairs or maintenance that is not described in this manual. 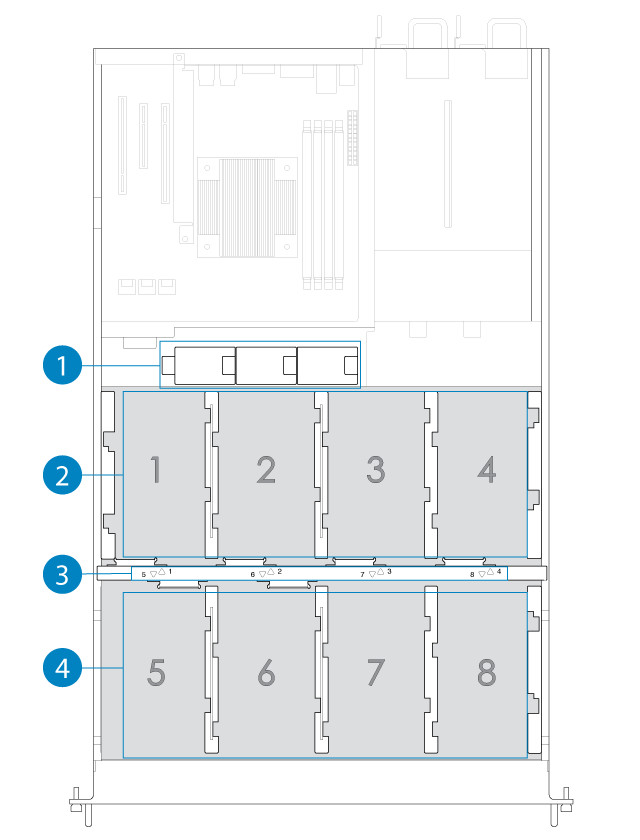 For optimal power management, the power load for the NAS is shared between the two PSU. If one should fail, all power will automatically run from the active PSU, guaranteeing continuous NAS operation. To help extend the lifetime of your hardware, make certain to replace a failed PSU as soon as possible. Follow the instructions below to replace a PSU:

If a failed hard drive is under warranty, make certain to contact Seagate customer support to receive a replacement disk.

When adding or replacing hard drives, consider using Seagate hard drives that are optimized for use with your 8-bay Rackmount NAS. See Seagate Enterprise Drives for further information.

Important info:
Replace a faulty drive with a drive of equal or greater capacity.
When handling drives, make sure that they are placed (and stored) on a cushioned surface.
Important info: When following the instructions below, make certain to place the new or replacement disk on the drive guides before connecting the ends to the SATA ports. Attaching the drive to the SATA ports before placing it on the guides will damage the SATA connections.

Caution: The fans are hot-swappable and can be replaced when the NAS is powered on. You must use caution when removing a fan. In most instances, the fan will stop rotating once it is removed from its slot. However, moving parts can cause severe damage to your hands and body.
Important info: The NAS is temperature controlled via an internal sensor. When removing one of the three fans, the other two will turn faster to maintain the required operational temperature. The faster rotation will be sudden and can become loud. If your NAS fans appear to be louder than normal, confirm that the room's temperature is within operational range (see Safety Guidelines). 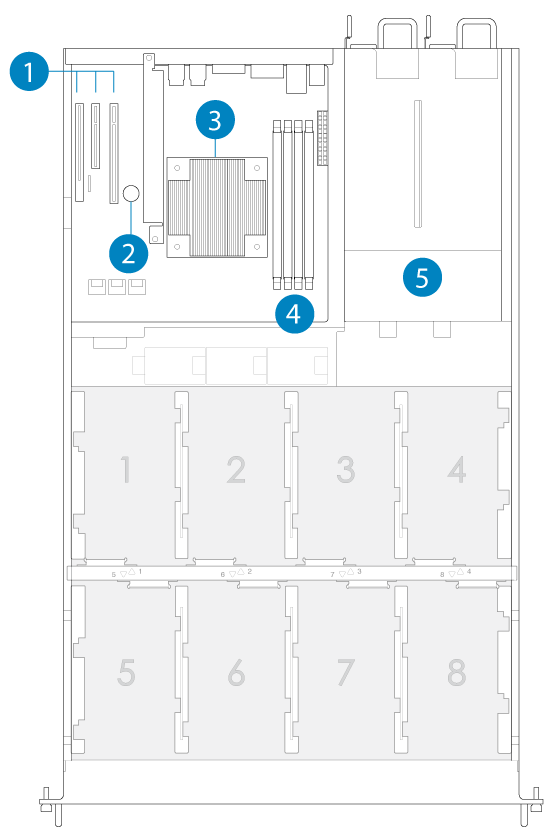 The rear chassis is shipped with the following: 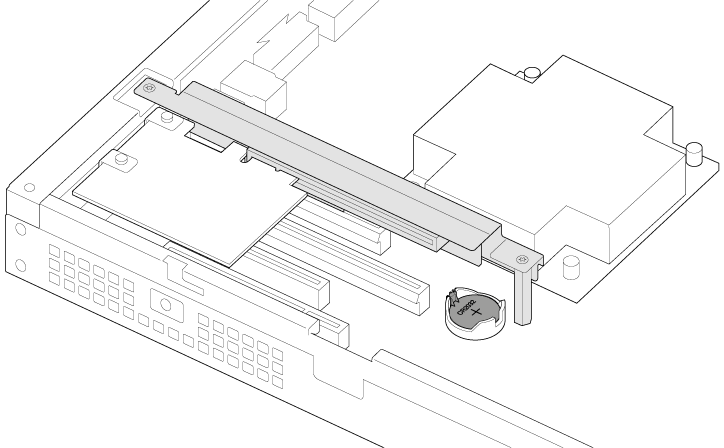 Use caution when replacing the battery. There is a strong risk of explosion if the battery is replaced by an incorrect type.

Make certain to dispose of used batteries according to the applicable laws for your region.

Adding a DIMM (RAM) to an empty slot

Important info: Always insert the DIMM vertically to avoid damaging the notch. You may have to apply a limited amount of force on the DIMM's edges when pushing it into the socket. 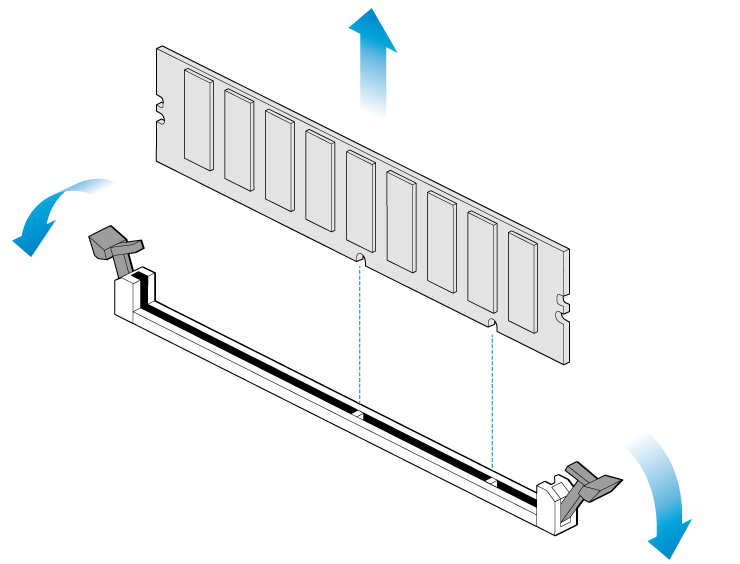 A blinking purple LED indicates that the backplane and motherboard cannot communicate. Follow the steps below to determine if the cable is properly seated:

If the LED continues to blink purple, contact Seagate support.