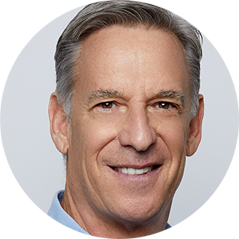 Mr. Luczo is considered one of the technology industry’s most influential and visionary leaders. He is widely regarded for his ability to conceive and implement complex and highly creative solutions to the unique challenges faced by a large global manufacturing company like Seagate. In an example that remains a text book case study at leading business schools around the world, Mr. Luczo orchestrated a $20 billion deal in late 2000 with partners Veritas Software and an investor group led by Silver Lake Partners to take Seagate Technology private. The deal represented the single largest buyout in the history of the technology industry up to that time and furnished Seagate Technology with the capital resources it needed to achieve its long-term goals. Likewise, Mr. Luczo led the strategy that took Seagate public again in 2002.

Expertise: Mr. Luczo brings significant expertise to our Board in financial matters, business development, and operations, along with senior leadership experience, global experience and knowledge of competitive strategy and competition. Mr. Luczo also brings additional expertise in mergers and acquisitions and financial issues facing large companies due to his experience in investment banking and serving on other public company boards.