See why cloud architects use HDDs to store a majority of their exabytes for a TCO advantage.

Seagate® and Ball Aerospace have agreed to collaborate on a proof-of-concept for space-ready, on-orbit, high-density storage capabilities to meet new mission requirements. Read more to learn why there’s a need for specialized storage in space.

Why the New Need for Storage in Space

Innovations in rockets and satellite deployment technology have greatly reduced launch costs, enabling a proliferation of Low-Earth-Orbit (LEO) satellites. As the rate of new launches is accelerating, so is the number of new use cases that these emerging satellite constellations are trying to satisfy. Many of these use cases intensify the need for on-orbit, high-density storage capabilities—in essence, space-ready storage that works and acts like terrestrial storage.

However, existing products in the radiation-hardened, specialty storage market are typically expensive, slow, and devoid of the most recent technological advancements.

The pressing need and desire for performant, high-capacity data storage in satellites has led many in the industry to focus instead on the deployment of standard commercial (terrestrial) storage products. Unfortunately, these products were not designed with the extreme radiation and temperature environments of LEO in mind, and they suffer from lack of reliability in this application.

Unfortunately, there are obstacles to hardening a commercial solid-state drive (SSD) for space. Commercial SSDs often use low-density parity codes for error recovery and have complex mapping tables and garbage collection. These lead to controllers with millions of gates, which require modern photolithography (i.e., well below 20 nanometers) for suitable performance and power consumption.

Putting these controllers in a radiation-hardened application-specific integrated circuit (ASIC) or field-programmable gate array (FPGA) is generally infeasible or very expensive. Most radiation-tolerant FPGAs are in older lithography nodes and are challenged for performance and gates. Radiation-hardened ASICs can cost millions of dollars to develop, and with NAND flash chips changing every year or two, can quickly become obsolete.

The flash used within SSDs poses an additional challenge. Flash chips are designed for high-volume consumer and enterprise applications here on Earth. Flash vendors spend billions of dollars in developing factories (“fabs”) specifically for these components. The designs of these chips change frequently as new innovations arise. Designing a flash chip specifically for space could cost tens or hundreds of millions of dollars in development.

The Solution Is Balance

We’ve developed a concept for a new secure aerospace data storage device designed with features that make it more robust for LEO and similar environments.

The essence of the solution is to use radiation-tolerant/radiation-hard components only where critical or inexpensive and to use error detection and mitigation techniques for radiation-induced events—especially on expensive, unavoidable soft components to minimize their impact. Care has been made to harden the areas of the design that are most critical for reliability and to use less-expensive commercial components where feasible.

Along with the growing importance of emerging LEO constellations to national and regional economies comes a growing threat to data stored by onboard systems. Rogue actors will increasingly see these constellations as high-value targets and may want to disrupt operations or gain unauthorized access to the data.

These challenges require that on-orbit storage deploy an increasing set of defensive security capabilities, such as data confidentiality and device integrity assurance measures.

As a company, Seagate has a long history and established track record in data security, making us uniquely positioned to tackle these challenges.

In partnership with Ball Aerospace and through planned lab and on-orbit demonstrations, we are preparing to test the new Seagate concept on a Ball-built payload.

"Seagate is excited to collaborate with Ball Aerospace and Seagate Government Solutions to test our storage concept for Low-Earth Orbit satellites,” said Ed Gage, vice president of Seagate Research. “We consider space the next frontier for data growth, enabled by high-capacity, low-cost, secure storage devices. As a leader in our industry and with over 40 years of expertise, we are uniquely positioned to solve the challenges of space systems that store large amounts of data." 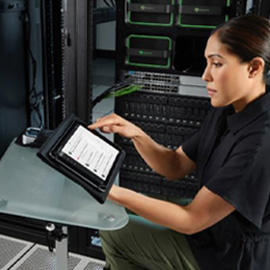 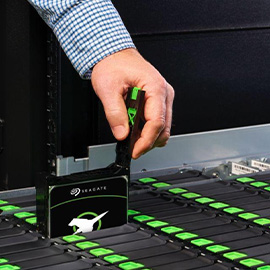 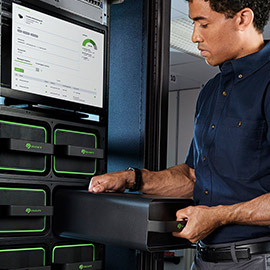