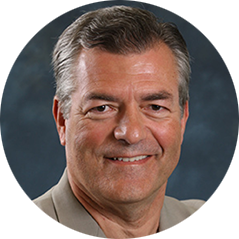 Mr. Cannon has served as our Board Chair since July 2020 and has been a director since 2011. Mr. Cannon served as President, Global Operations of Dell Inc. from February 2007 until January 2009, and as a consultant to Dell Inc. from January 2009 until January 2011. He was President and CEO of Solectron Corp, an electronic manufacturing services company, from January 2003 until February 2007. From July 1996 until January 2003, Mr. Cannon served as the CEO of Maxtor Corporation, a disk drive and storage systems company, and successfully completed an IPO on NASDAQ in 1998. Prior to joining Maxtor, Mr. Cannon held senior management positions at IBM's Storage Systems Division, and earlier was the Vice President of Asia Operations residing in Singapore, for Control Data Corporation's disk drive division. Mr. Cannon began his career at The Boeing Company in engineering and management positions. He has served on the board of directors of Lam Research Corporation since February 2011 and on the board of directors of Dialog Semiconductor plc since February 2013, and previously served on the board of directors of Adobe Systems from 2003 to 2016. Mr. Cannon studied Mechanical Engineering at Michigan State University and completed the Advanced Management Program at the Harvard Business School.

Expertise: Mr. Cannon has extensive industry expertise, including expertise in the disk drive business as well as with our major customers, that is valuable to our Board. Mr. Cannon brings international, technological, operations, and research and development expertise to our Board through his service as a public company CEO, and as a member of other boards of directors.