Explains why a hard drive's capacity often appears to be less than advertised when showing in (My) Computer/This PC or Mac Disk Utility.

This article will cover the following subjects:

Discrepancy between reported capacity and actual capacity
Many people are confused when their operating system reports, for example, that their new 1 Terabyte (1 TB, or 1000 GB) hard drive is reporting only about 931 gigabytes (GB) in usable capacity. Several factors may come into play when you see the reported capacity of a disk drive. Unfortunately, there are two different number systems which are used to express units of storage capacity; binary, which says that a kilobyte is equal to 1024 bytes, and decimal, which says that a KB is equal to 1000 bytes. The storage industry standard is to display capacity in decimal. Even though in binary you have more bytes, the decimal representation of a GB shows greater capacity. In order to accurately understand the true capacity of your disk drive, you need to know which base unit of measure (binary or decimal) is being used to represent capacity. Another factor that can cause misrepresentation of the size of a disk drive is BIOS limitations. Many older BIOS are limited in the number of cylinders they can support.

Motivation for proposed prefixes for binary multiples
In the past, computer professionals noticed that 1024 or 2^10 (binary) was very nearly equal to 1000 or 10^3 (decimal) and started using the prefix "kilo" to mean 1024. That worked well enough for a decade or two because everybody who talked KB knew that the term implied 1024 bytes. However, almost overnight a much more numerous "everybody" bought computers, and the trade computer professionals needed to talk to physicists and engineers and even to ordinary people, most of whom know that a kilometer is 1000 meters and a kilogram is 1000 grams.

Often when two or more people begin discussing storage capacity, some will refer to binary values and others will refer to decimal values without making distinction between the two. This has caused much confusion in the past. In an effort to dispatch this confusion, all major disk drive manufacturers use decimal values when discussing storage capacity. 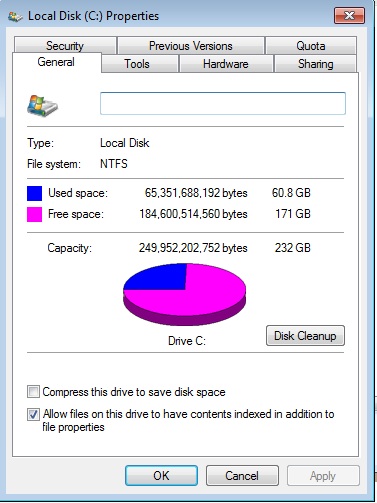 In the example above, right above the pie chart are the two different capacity measures. The first one is the decimal value in total bytes. The second value is the binary equivalent. Those values are also represented next to the Used Space and Free Space fields just above.

Windows 10/8/7/Vista/XP/2000/NT
From Windows Explorer, right-click on a drive letter, then click on Properties. This shows capacities in bytes and either MB or GB.

MacOS X
From the top menu bar on the Desktop, click on Go, then Utilities, then open Disk Utility. Click on the hard drive to highlight it.
The "Total Capacity" is shown in GB or TB, then Bytes. 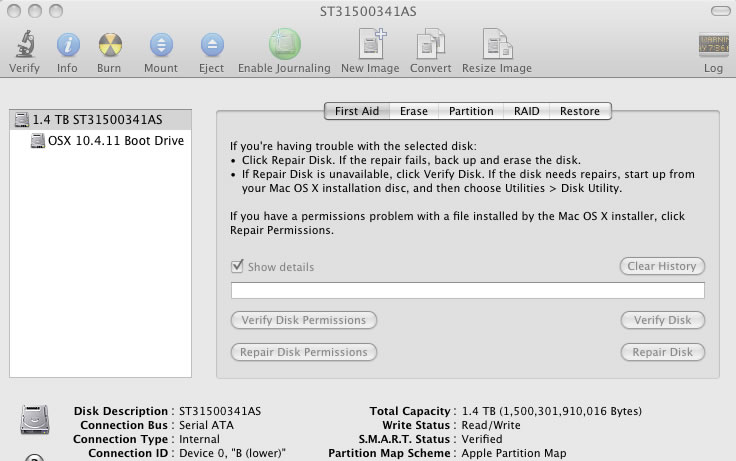 Note: Much of this information is available from the foundation of modern science and technology at http://physics.nist.gov/cuu/Units/binary.html