Encryption is a method of protecting valuable data from outside or unauthorized users. Learn about the types of encryption Seagate Lyve Cloud uses. 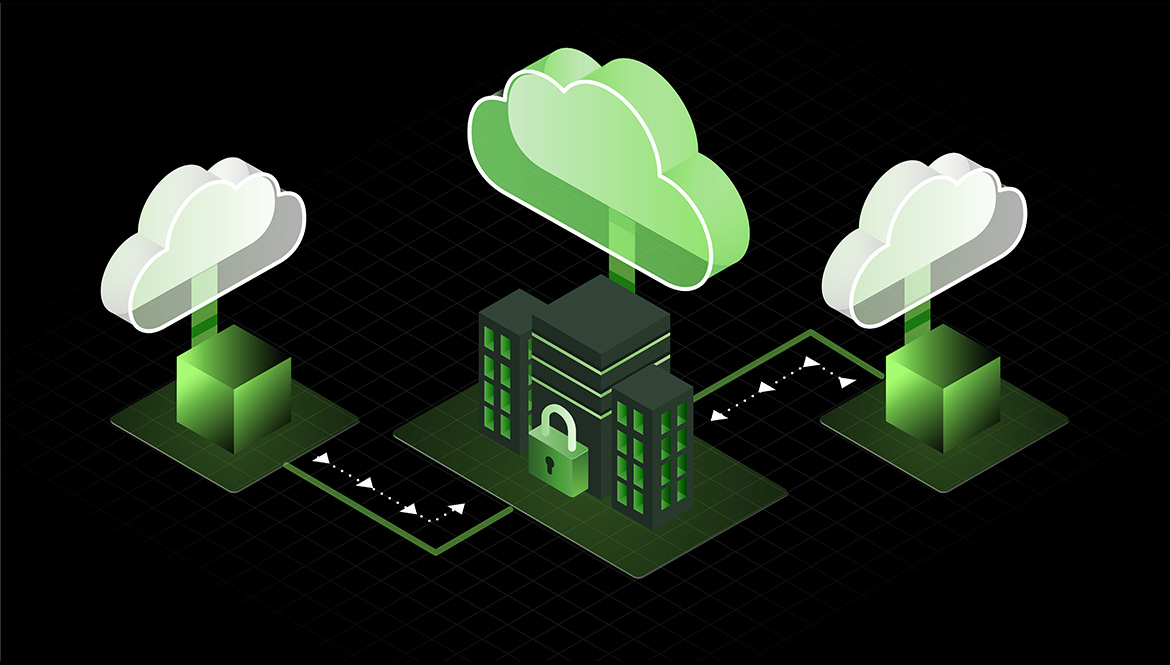 If you have taken a deep dive into the topic of encryption, then you understand just how complex the entire process can seem.

What Is Data Encryption?

With data encryption, important data is transformed into a code that only those with the secret key—also known as a decryption key—can access.

Some general terms to know when discussing data encryption include:

Before exploring varying types of encryption, note that this data protection strategy can be used to guard information in two different states: in transit and at rest.

What Is Encryption at Rest?

Encryption at rest is designed to protect data in a passive state.

Put simply, data that is at rest is being stored and is not actively being accessed. Encryption at rest restricts access to data when it’s not being transmitted or otherwise used for business purposes.

What Is Encryption in Transit?

Encryption in transit is the exact opposite of encryption at rest.

Proper encryption in transit protects data while it’s being transmitted to another service, device, or cloud environment. In order to view the data, the receiver of the information must have access to the encryption key—but more on that in the next section.

What Is an Encryption Key?

All types of encryption require the use of a cryptographic key.

This key is a set of characters that are used in conjunction with the encryption algorithm.

At first glance, encrypted data may appear to be unstructured and random. However, this is not the case. Although encrypted data is jumbled, this shuffling of information is performed in a predictable way using the encryption key and algorithm.

Encryption keys vary in complexity. The most advanced forms of encryption use keys that are virtually impossible to circumvent. As a result, only individuals who have the encryption key can view the information in its original state.

By incorporating encryption into your data protection strategy, your organization can experience several benefits, including:

In 2018, the European Union created the General Data Protection Regulation (GDPR). The GDPR is a sweeping set of data privacy regulations that establish consumer rights and outline organizations’ responsibilities when it comes to safeguarding the information of European citizens.

Since that time, several states within the U.S. have created their own sets of data privacy laws. Nations such as Japan, China, and Brazil have also followed suit.

Data encryption will help you protect the privacy of your consumers. You can guard against unauthorized access to their data and reduce your company’s risk of incurring heavy financial penalties.

Cyberattacks have increased in both frequency and sophistication over the past few years. Even a single successful cyberattack can cripple your organization, expose thousands of confidential records, and cause irreparable damage to your brand image.

Encrypting your data when it’s both in transit and at rest can reduce your vulnerability to cyberattacks. Even if bad actors successfully penetrate your network, they will have difficulties accessing encrypted data.

Proactively encrypting your data, alongside developing and maintaining a disaster recovery plan, can also enhance your cybersecurity strategy by protecting confidential information from being intercepted while in transit.

The term data integrity refers to the accuracy of the information within your data base. Incomplete or inconsistent records pose a threat to business continuity and can also cause compliance nightmares.

Encryption works to preserve data integrity by restricting access to vital business information. If your data is encrypted both at rest and in transit, only authorized parties will be able to access your information.

This protection will prevent bad actors from altering your files or influencing the accuracy of your data. Additionally, data encryption can reduce the risk of accidental file deletions or alterations by prohibiting unauthorized staff members from accessing key information.

Any organization that leverages cloud-based resources and information technology needs a comprehensive data compliance strategy. This strategy will help the organization avoid violating applicable regulations while also protecting the sanctity of its data.

Data encryption supplements other data compliance efforts by protecting information from a wide range of external and internal threats. By including data encryption in your overall compliance strategy, you can reduce your risk of incurring fines and guard against breaches.

The two primary types of encryption include the following:

Asymmetric encryption is best known for its use with the web security technology known as Transport Layer Security (TSL) and its predecessor, Secure Sockets Layer (SSL).

When used in this application, information provided by or collected from website visitors will be encrypted with the public key. When the organization managing the site receives the data, they will decrypt it with their private key.

Symmetric encryption involves only a single key. This type of encryption is generally used for internal purposes, such as sharing mission-critical data between two departments in an organization.

For instance, let’s say that you need to send an important file to a colleague. Before sending it via email, you encrypt it using the key. You can then safely transfer the file to them. However, they will need to obtain the key so that they can decrypt the file and view it.

Encryption Algorithm: How Ciphertext Is Created

Advanced Encryption Standard (AES) is widely considered to be one of the most secure types of encryption. The AES implementation is frequently used by security organizations, government agencies, and businesses that handle critical data. This standard uses symmetric encryption.

AES is unique in that it encrypts data into blocks, not bits of information. There are several different variations of AES algorithms, which are named based on the size of the blocks that they create.

Each AES variant also has a distinct number of rounds. AES-256 encrypts data over 14 rounds, whereas AES-128 changes information into ciphered text in 10 rounds.

3-DES uses three distinct 56-bit keys, which offers far more protection than its predecessor. However, it’s not as secure as higher-bit keys or the 256-bit-sized block encryption format found in the AES model.

You’ll find that 3-DES is still used in a limited capacity among financial institutions. However, it is slowly being phased out and is virtually never used in any other industry.

The most recent version has been dubbed SNOW-V. However, since it is not being widely used at this time, we will focus on SNOW 3G.

SNOW 3G is a stream cipher that uses a 128-bit key to generate sequences of 32-bit words. These words are used to mask the underlying information contained in the file being encrypted.

How Does Seagate Lyve Cloud Use Encryption?

If your organization needs a cloud-based storage solution that is efficient, cost effective, and secure, we invite you to explore Seagate Lyve Cloud. To learn more, talk to an expert today.