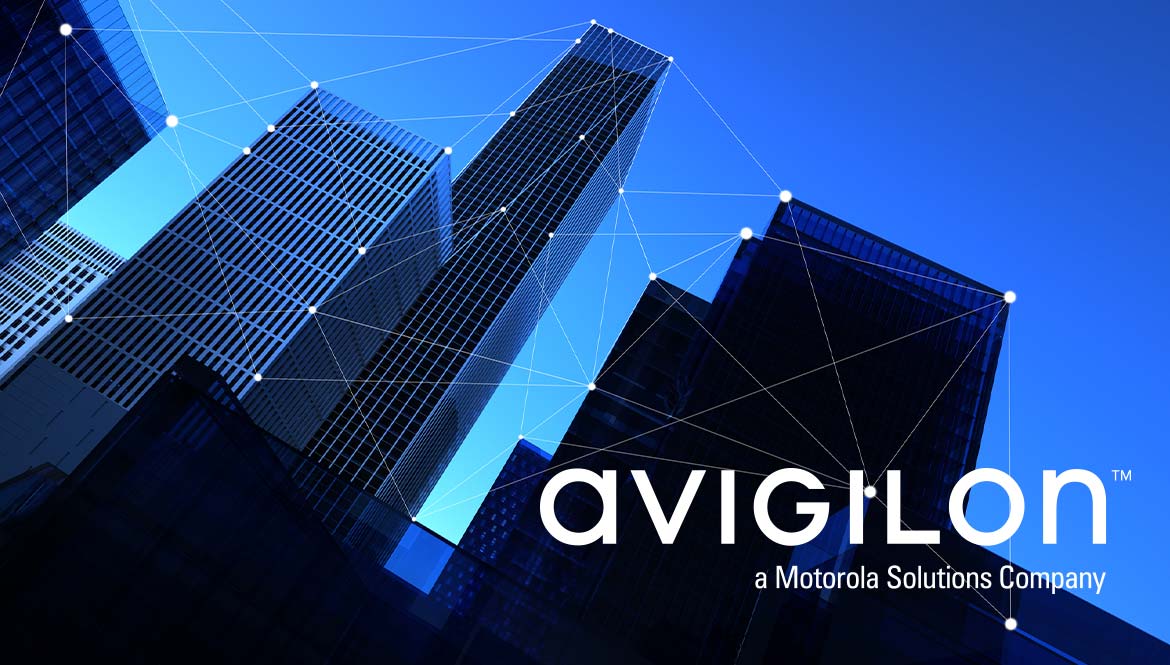 Around the world, urbanization continues to shape the way people live. More and more of the world’s population is moving from rural to urban areas. Farmland is being developed to accommodate growing housing needs. Previously modest cities are becoming megacities. With this change comes commercial development, collaboration, and economic growth, but also increased congestion, crime rates, and waste creation. Among the most troubling of these effects is the threat to public safety.

In 2015, the International Development Research Centre (IDRC) asked a group of researchers from around the world: “What makes a city safe?” A delegate from the Democratic Republic of the Congo said a safe city is a place “where people have the opportunity to fulfill their potential, where they can say they live in peace and move about freely.” A delegate from India added that “the presence of fear in one’s life can be more destabilizing at times than actual instances of violence.”[1]

Following studies like this, it has become clear that a community cannot move forward collectively until physical safety is addressed. In other words, safety is as much a psychological and socioeconomic issue as it is a physical one and, therefore, fundamental to all aspects of urban development. It should come as no surprise that the global safe city market, which hovered around $16.2 billion in 2017, is expected to nearly double to $29.6 billion by 2022, according to IHS Markit.[2]

These conversations have invigorated efforts worldwide to address urban infrastructure from a holistic point of view rather than a narrow one. One of the results was the birth of a nuanced idea: the smart city. While safe cities focus on safety and security, smart cities expand the scope of the concept to encompass what were before peripheral goals, such as efficiency, inclusivity, and sustainability.

The focus of the smart city is to connect devices to enhance city residents’ lives in a broader sense. They combine low-power sensors, wireless networks, and intelligent analytics using the Internet of Things (IoT) to deliver real-time urban data and leverage that information to optimize everything from public safety to transportation, energy, water, and waste management. In effect, the smart city complements the safe city as a more comprehensive initiative. By 2023, IDC forecasts global smart city spending will reach $189.5 billion, [3] a significant leap from $14.85 billion in 2015.

In a 2018 report called Smart Cities: Digital Solutions for a More Livable Future, McKinsey Global Institute assessed the impact of smart cities using advanced technologies to address urban challenges. It found that smart cities positively affect more quality-of-life dimensions than previously anticipated, including social connectedness, civic participation, employment rates, and cost of living. Regarding public health and safety specifically, even in their early stages, smart cities were reducing fatalities by 8% to 10%, accelerating emergency response times by 20% to 35%, cutting the disease burden by 8% to 15%, and slashing greenhouse gas emissions by 10% to 15%—making these cities not only more resourceful but also more sustainable.[4]

The impact of smart solutions is evident. Public safety organizations—such as law enforcement and first responder agencies—have been some of the early adopters of these intelligent solutions. These organizations are leveraging a wide range of sensors to gather video and data critical to crime investigations and other public safety initiatives. These advanced technologies include high definition, 4K, and even 7K surveillance cameras; multi-sensor and pan-tilt-zoom (PTZ) cameras; and industry-leading video management systems (VMS) to streamline incident management and response. At the core of these solutions are video analytics, a subset of artificial intelligence (AI), which help public safety personnel improve initial threat assessment and real-time response.

How AI Is Streamlining Surveillance Operations

For decades, law enforcement agencies have used surveillance cameras to monitor areas of interest in a city. Officers in the control room had to continually watch a video wall that displayed video feeds from several cameras. The burden for incident detection fell on the officer, so video monitoring could only be as effective as an officer’s attention span. Another challenge was that manually searching through large volumes of recorded video took hours. This inherently limited the efficiency of active crime investigations and evidence capture operations for law enforcement personnel.

In today’s smart cities, these operations look very different—and AI is the driving technology behind that change. Technology supports law enforcement officers daily, aiding in ways that make their operations more efficient. Intelligent video analytics that are able to learn how to classify normal and abnormal activity can flag relevant footage for a law enforcement officer’s review. This reduces hours of work to minutes and transforms traditional video capture into a tool that enhances productivity. The logic behind these systems is: If personnel are made aware of critical events sooner, they will be able to act faster. Video analytics focus human attention on what matters most, quickly bringing the important events and insights to an officer’s attention, which saves time in high-risk situations when every second counts.

Different analytics perform different tasks. The Motorola Solutions Video Security and Analytics portfolio is at the forefront of smart video solutions that empower public safety agencies to detect, verify and act on critical events. For example, Avigilon Appearance Search™ technology allows security operators and law enforcement personnel to comb through large amounts of recorded video to quickly locate a specific person or vehicle of interest. This software can analyze video footage from across an entire site, using physical descriptions, such as gender and clothing color. For personnel on the scene, these insights into the “who, what, where and when” of an active investigation can prove invaluable.

Unusual Motion Detection (UMD) technology employs the machine learning capabilities of AI to continuously observe and encode what activity is typical for a given scene, in order to detect any deviation from those norms. Not only does this function reveal events in real time that would otherwise go unnoticed by law enforcement personnel, but it also improves response time substantially, providing instantaneous alerts and bringing surveillance solutions equipped with these analytics to a new level of automation. Without any predefined rules or setup, this particular technology leverages the true potential of self-learning video analytics.

Motorola Solutions video security technologies can substantially improve suspect leads and apprehension for public safety agencies in smart cities. Suppose a suspect flees a crime scene in a stolen car to evade police cruisers. With traditional surveillance cameras, the suspect may pass through the purview of nearby cameras and out of the line of sight, where footage would become useless for the real-time pursuit. With Avigilon H4A cameras installed throughout the city––embedded with Avigilon self-learning video analytics and UMD technology––remote analysts operating Avigilon Control Center (ACC) 7 video management software in a command center could quickly locate and monitor the stolen vehicle within the city limit.

Avigilon Appearance Search technology would enable control room operators to sort through video across hundreds of H4A cameras to capture the latest visuals and locations of the moving suspect. UMD technology could identify sudden movements from the suspect, such as if the suspect were to swerve through city streets haphazardly or drive on the wrong side of the road.

Alerts from Avigilon cameras would constantly notify command center staff of the suspect’s location, including the intersections the suspect just traveled through, which could help officers predict where the suspect may go to next. By integrating Avigilon video technologies with other emergency response devices, like Motorola Solutions two-way radios, control room staff could share real-time insights of the suspect’s whereabouts and direct police cruisers to approach on specific streets to create a blockade.

Following apprehension of the suspect, Avigilon Third Generation High Definition Video Appliance (HDVA), powered by Seagate Technology hard drives, could ensure video is securely preserved with the utmost integrity for review and prosecution procedures. This appliance simplifies recording throughput, video streaming, and playback, making data transfer between edge devices and central command instantaneous. All in all, by deploying Avigilon devices, public safety agencies get an end-to-end solution from the time an emergency call is placed until after the incident is resolved.

The Driving Force Behind Video and AI Solutions

As the above example demonstrated, real-time data is powerful. However, without the right infrastructure to accommodate hundreds of HD cameras and surveillance AI, smart surveillance systems will fail. For security and law enforcement personnel requiring immediate insights from their intelligent video solutions, setbacks such as dropped frames or data loss inhibit deep learning and predictive analytics performance. For this reason, security and public safety agencies are turning to data storage leader Seagate Technology to upgrade their storage systems in this era of smart cities and AI.

There are a few key data management recommendations that all public safety agencies and city personnel should keep in mind. First, law enforcement and security personnel need to know that relying on cloud computing alone is no longer the most viable option. Though optimal for aggregating petabytes of data across sites for deep learning, cloud computing can create delays in data transfer and analysis needed by personnel at local sites. As a best practice, agencies should implement edge computing devices in addition to cloud computing solutions—a strategy storage leaders refer to as IT 4.0. By utilizing AI-enabled NVRs at the edge, data analysis occurs closer to where the data was first captured, reducing the time it takes to deliver insights.

Third, public safety agencies should replace standard hard drives in video appliances and NVRs for surveillance-optimized hard drives like Seagate® SkyHawk™ and SkyHawk AI. Standard hard drives are traditionally designed to collect and archive data, feature write-only functions and support 8×5 workloads. In a world where video surveillance and AI are transforming the utility of data, however, standard hard drives no longer meet the mark. Law enforcement and security personnel should integrate SkyHawk drives into their storage systems to handle large influxes of video. They feature robust read and write workloads and are built to operate 24×7. SkyHawk offers the highest capacity in its class, storing up to 10,000 hours and available up to 16TB capacity.

Finally, public safety agencies should consider implementing additional data protection measures such as Seagate Data Recovery Services. This way, users ensure that even when unpredictable events occur, they can still retrieve their data.

The Future of Smart Cities

Data today is more important than ever. It is the resource that fuels the world’s technology, information and communication systems—and now it’s transforming the video operations that are revolutionizing public safety in smart cities. At the heart of this transformation are intelligent surveillance systems participating in IoT ecosystems that are pushing city officials to rethink the ways cities work to improve the lives of their residents. At the crux of those systems are robust, reliable storage technologies that support the management, maintenance, and maximization of data.

Each of these moving pieces is essential to the other. And in a world where cities are able to use data to combat crime, advocate for sustainability, and create efficiencies for numerous stakeholders—it is vital that smart cities partner with leading video and storage manufacturers that make that possible.