Why Switch to Cloud-Based Post-Production

What Is Cloud-Based Post-Production?

Post-production has always been an essential part of the filmmaking process. It’s where all the disparate elements of a movie are developed, enhanced, and melded into the magic we see on screen. It goes far beyond simply editing footage of actors to include special effects, sound, music, cinematography, and more.

For a large part of the film industry’s existence, only top production studios had post-production capabilities. The technology was too expensive for smaller studios to sustain.

Video-editing software—coupled with quantum leaps in computing power and technology—continue to dictate how movies are made, how people collaborate, and how the finished product makes it to the screen. Increasingly, the post-production process is being powered by the shift to the cloud.

Ever since cloud computing became mainstream, studios have taken advantage of it, but in a limited way: cloud storage that included raw content, music, and completed post-production work. This strategy resulted in significant benefits for the studio. Instead of investing in long-term storage facilities despite no clear idea of usage or demand, they could turn to cloud storage and pay for only what they used.

Just as cloud capabilities have evolved, so too has cloud-based post-production transitioned to be much more than storage. Today the artists, editors, and other crews use cloud-based tools for visual effects (VFX), color correction, sound design, and nearly every other aspect of the post-production process. Post-production teams can use virtual workstations to access computing power, use cloud-based editing tools, add VFX, work on CGI, and many other activities required to complete a film.

With crews, directors, artists, and editors located throughout the world, and so many elements involved in the final production, the cloud has expanded collaboration with improved workflows, reviews, feedback, and approvals.

It’s not hard to envision the traditional movie-making process. It conjures images of a director, actors, and a large crew filming scenes, taking over city blocks, and staging special effects. Unlike the first century of filmmaking where this was captured on actual film, digital capture allows for easy retakes (not counting those action sequences). In the end, there is a lot of footage.

In the most simplified terms, post-production activities begin after the director yells “cut!” for the final time.

The most obvious step in post-production is editing the video. Here the editor (with input from the director and others) brings together the shots taken during the production and transforms them in a coherent story.

Once edited, sound work can begin. The sound editors use the captured audio from the shoot—along with other sound effects—to add depth, clarity, and excitement. In some cases, the captured sound may not be high quality, requiring actors to re-record voiceovers and foley artists to create additional sounds.

Beyond this there is still the music, mixing, VFX, color correction, and other elements that create a polished finished product.

With movies relying more on motion capture and CGI instead of props, post-production is even more important these days. Without it we would be watching actors moving around in skin-tight suits in front of a green screen.

This entire process may take months or years and is very resource intensive. By shifting to the cloud, studios can fast-track this process and make it easier for the teams to collaborate.

In an on-premise post-production environment, teams must work from the studio itself. And they have to invest significantly in moving files across systems and making the data set accessible for the entire crew. File transfers are particularly challenging for production crews due to the large size of the files.

It was also difficult for the teams to work together, share feedback, and collect approvals in traditional post-production workflows. Even minor changes meant sending large files to teams and supervisors. The recent shift to remote work has made this even more challenging.

With cloud-based post-production the crew has access to high-performance computing capabilities regardless of location. They are not held back by the processing power on their PCs or workstations. Plus, crew members can work on multiple projects at the same time.

Rather than sitting idle waiting for a resource-intensive CGI sequence to render, VFX and other artists can send heavy-duty work to the cloud and continue other projects on their workstation.

It’s a known fact that working with limited resources and tight deadlines directly impacts the quality of the work. In video editing, this is reflected in the picture quality.

A 4K copy of a movie can require twice the storage space as that of a 720 pixel copy of the same video. The corresponding working files for these can often be even larger.

If they don’t have enough computing resources, artists can’t produce high-quality pictures. But cloud-computing studios can provide high-performance computing to these artists without exceeding their budgets.

Why Switch to Cloud-Based Post-Production

Post-production has long been held back by its inability to allow easy collaboration. Most production houses and teams rely on emails with large attachments to get approvals and feedback. While most other industries have developed faster collaboration tools, the post-production industry has been held back by the large size of assets as well as the computing resources needed to handle them.

But with the cloud, artists can share their work more easily. Multiple team members can view the work at the same time without copying it to their individual systems. This empowers them to share approvals and feedback without being hindered by the performance of individual systems or version-control issues.

Visual effects artists spend a lot of their working hours waiting for their workstations to deliver the output. Be it rendering a 3D object or a single movie frame, artists’ productivity is dictated by the machines they are using.

With cloud-based post-production, artists and studios don’t have to invest in heavy-duty hardware to work at peak productivity. Additionally, they don’t have to constantly update their hardware to keep up with industry demands.

By combining higher output speeds and better collaboration offered by cloud-based post-production, you can get a team of artists working at peak efficiency.

The high cost of hardware and software often makes post-production activities inaccessible for many artists. They must make significant investments just to learn the different tools. Often, this puts critical creative skills like video editing, VFX and CGI out of reach for artists. Lack of accessibility creates a lack of talent in the industry, resulting in studios paying top dollar to attract talent.

Cloud-based post-production makes these skills more accessible. Instead of making huge investments, artists and studios can pay for the tools they need, reducing costs significantly.

One of the biggest challenges with post-production is storing assets. Studios and production crews use SSDs and hard disks to save video and audio files for later usage.

With on-premise solutions, production crews must make significant investments in storage infrastructure building and maintenance. And they must build redundancies into this system to keep the assets secure. Cloud-based post-production offers more storage flexibility while reducing costs.

If on-premise infrastructure goes down, work grinds to a halt. In the worst case, the work product may be lost or damaged, creating huge budget and scheduling pressures. With in-house security solutions, companies also run higher risks of viruses, ransomware, and other attacks. The cloud simplifies security while providing as high as 99.999% uptime. And by providing backups, studios can significantly reduce the risks associated with handling large quantities of data.

What Makes the Cloud Suited for Post-Production?

Traditional post-production activities required high-end hardware and significant investments. It also demanded that all professionals to be in the same physical location.

Since the assets and outputs typically occupied large file sizes, even with digital tools, it is not easy to collaborate with traditional modes of post-production. The artists, editors, and directors have to be either in the same room offering feedback and suggestions over the shoulder or they must copy the rough cuts and watch them at a later stage. Neither method is ideal and often creates a lot of back-and-forth work and delays.

There is also the risk that if the on-premise infrastructure goes down, the artists won’t be able to work on their project. In the worst-case scenario, entire projects are lost if there is an accident.

For cloud-based post-production, crews only pay for what they use plus a very small initial investment. These tools are also highly collaborative, allowing stakeholders to give accurate and timely feedback. Since studios get access to as much computing power as they need, they are not held back by the technology.

And cloud providers assure availability levels of 99.999% and have backups, so studios can significantly reduce the risks associated with handling large quantities of data.

When switching to cloud-based production tools and workflows, artists may face a learning curve. And to get the most out of the cloud, it's not enough to move all the projects to the cloud or learn the tools.

Production crews have to develop process flows and a cloud-friendly work environment. They must rethink how they will continue to work. Instead of just replacing traditional tools, they will have to work on the big picture. Studios have to provide adequate training and change their processes.

But the good news is that many vendors offer workshops and webinars and even entire courses for artists to learn these tools.

On the Other Side of Post-Production

Even after the movie is produced, there is still marketing and the film’s release. Marketing may happen alongside post-production and may require assets from the rough cuts for the teasers and trailers.

Directors may also invest in developing creative beginning and end credits. Artists can leverage cloud-based production for producing these elements as well as other marketing assets.

Technology won’t slow down, and as more than a century of moviemaking demonstrates, filmmakers will always look for better ways to work that allow them to focus on creativity. The cloud is the logical next step in that evolution.

Seagate Lyve™ Cloud is an edge-to-cloud storage platform ideal for cloud-based post-production. It can be deployed near the data source, offers high-speed data mobility, and can capture large volumes of data at high speeds. 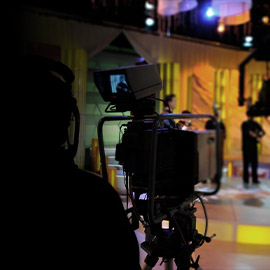 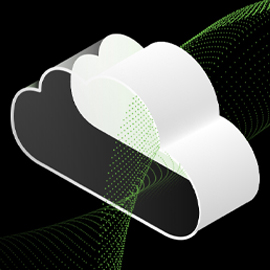 Cloud Storage as a Service 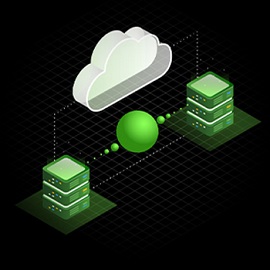